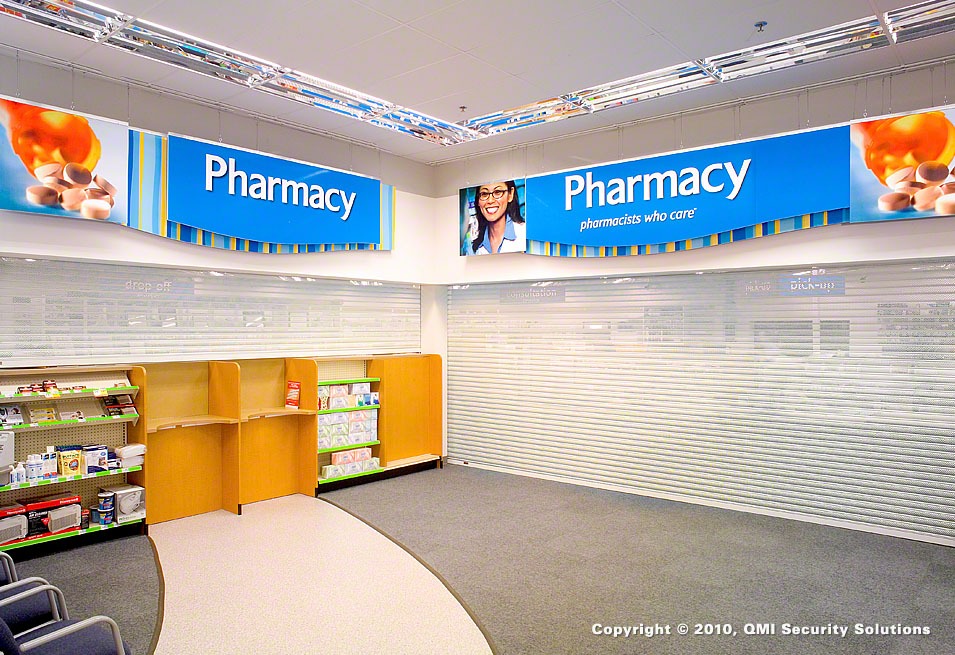 CounterSafe rolling shutters are perfect for protecting valuable merchandise that is kept behind a counter. Perfect for preventing theft, CounterSafe shutters are used in pharmacies, press boxes, stadiums, concession stands, food counters, and many more! Rolling counter shutters provide a security barrier that is quick to deploy and easy-to-use. Security counter shutters can be installed on the interior of the application to give it a sleek look.

CounterSafe security roller shutters are perfect for pharmacies, retailers, and businesses located in states with security regulations. Rolling shutters are available up to 18’ wide without intermediate vertical members, thus providing a clear and unobstructed access for large openings. The counter shutter base slat can be securely locked with a slide bolt or keylock for maximum protection. Easy push-up/pull-down operation is easy to deploy, enabling employees to secure an area in just a few seconds.

Rolls up in tight coil to reduce head box size. 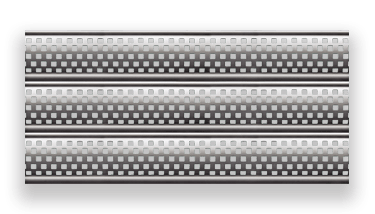 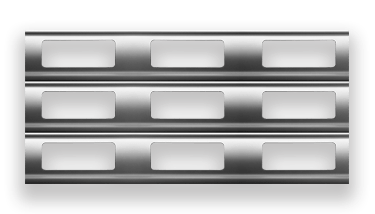 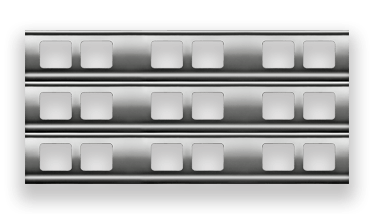 In 1989, Jim Miller moved QMI into a small building in West Chicago with his brother, Steve Miller. Steve focused on sales, which enabled Jim to develop the structure and administration of the business. While visiting his pharmacist, Steve observed a roll down coiling door used to secure the pharmacy. Steve knew a QMI security roller shutter would be a better than the ugly, garage-style door the pharmacy was using for protection. Steve and Jim created a security solution for the pharmacy chain, which eventually became the CounterSafe counter shutters product line, a core business for QMI.

Rolling security shutters by QMI are used by four of the largest pharmacy chains in the United States. QMI’s largest counter shutter, coming in at 26’ wide and more than 12’ high, is used by one Pharmacy chain in every one of their locations. To accommodate the open design of the pharmacy, the counter shutter is mounted to the roof structure and only the curtain is visible dropping through the ceiling. With a flip of a switch or a few turns of a crank, the secured pharmacy is now accessible by customers. The customers cannot see the security roller shutters that protect the valuable narcotics and medicines. Several national pharmacies utilize counter shutters in addition to full-length security rolling shutters.

QMI has cycle-tested these security rolling shutters to replicate over 40 years of use. Due to continuous improvement processes and engineering, the occurrence of warranty work on security rolling shutters is very low. Counter shutters are often used by OEM manufacturers as they incorporate the QMI rolling shutter into the design of their kiosks, cabinets, and even airplane jet-ways. The QMI shutter can be found in almost every large US airport. If you are ever stuck in an airport late at night, take a look at the bookshelves, kiosks, and food counters, you will see security roller shutters with the QMI label. During the day, the shutters disappear into the integrated box housing. Customers don’t even notice the security shutters, not even while reaching into the displays to grab a sandwich, candy, or a book.